It seems to the be the lot of the artist that very few achieve fame or fortune in their own lifetimes. There are exceptions of course, the names Damien Hirst, Jeff Koons, Tracy Emin, David Hockney and Banksy immediately spring to mind, the latter arguably being the only one the average Daily Mail reader might be able to name in a pub quiz, but then again he is part artist and part PR machine anyway.

Disappointingly, and admittedly this is from the perspective of a graphic designer, there are even fewer designers who reach the public consciousness and one of the few possibles, certainly by his work, sadly passed away on Friday 26th June, his 91st birthday. Even if the name Milton Glaser doesn’t ring everyone’s bell (and no, he’s not one of the Manchester United owners - that’s Glazer with a Z) no one living in the Western world can fail to have seen his I heart New York logo which he designed back in 1977 for a campaign to boost the image of a city struggling with crime and budget woes. He created the design for free, apparently on the cliched 'back of an envelope' in the back of a no doubt yellow New York taxi, to try and help his home town and watched it become, indisputably, the most successful branding of a destination ever. It’s still omnipresent in the city and features on millions of merchandised items - you almost feel obliged to buy something with it on when you visit, hence the mug. 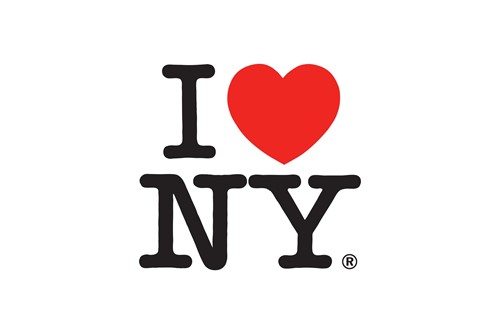 Like most really good graphic concepts, it's brilliantly simple and it possibly marks the invention of the emoji. It's also been been plagiarised or parodied thousands of times too, even Glaser himself reworked it after 911 adding a scar to the heart and ‘more than ever’ to the marque. 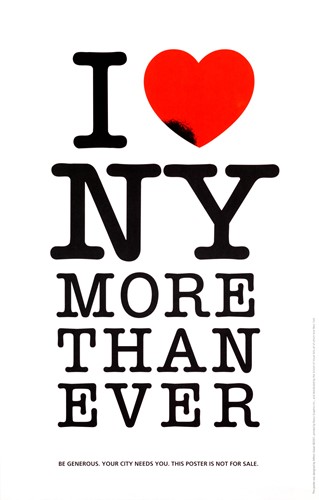 "I woke up Wednesday morning and said, 'God, I have to do something to respond to this,'" he told The New York Times. "When you have a heart attack, part of your heart dies. When you recover, part of your heart is gone, but the people in your life become much more important, and there is a greater awareness of the value of things."

Other work from his portfolio is also instantly recognisable, such as his 1966 illustration of Bob Dylan with a silhouetted face sprouting multi-coloured curvy linear hair which seemed to capture the free-flowing, free-thinking mood of the times although Glaser was keen to point out that it was inspired by the work of Marcel Duchamp and Islamic art as opposed to any recreational drugs. More recently he redesigned the DC comics logo, the Brooklyn Brewery brand and posters for the final series of the TV show Mad Men. His retro style undoubtedly shaped the visual identity of American popular culture in the 1960s and 1970s. 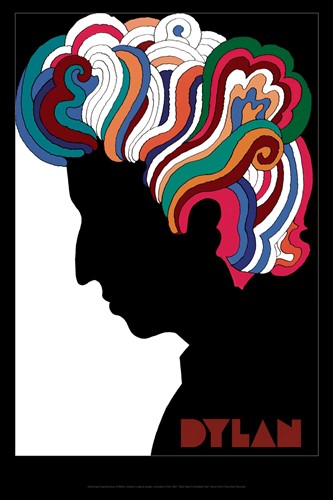 “What Milton Glaser gave to New York will long survive him,” said New York’s Governor Andrew Cuomo on Twitter. “I (Heart) New York was the perfect logo at the time he created it and remains so today. We lost a brilliant designer and a great New Yorker.” 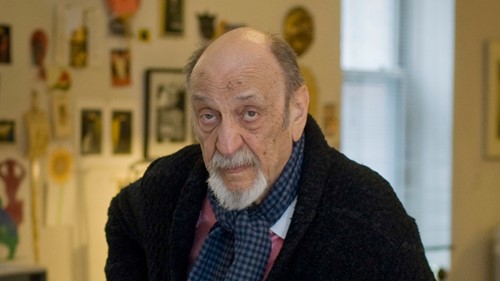