Helping The Senator Group adapt to the 'new normal'

As every day living under the spectre of the pandemic passes, we're all inundated with a seemingly endless stream of bad news stories from the 24 hour rolling news channels, the press, social media and online journals. These naturally focus on the human impact and tragic loss of life, followed by broader societal issues including the economy, jobs and business.

In some business sectors the impact has been catastrophic. It started pretty much immediately with the travel and hospitality sectors, which have been decimated, and then day by day, week by week, there's hardly been an industry which hasn't experienced serious disruption or worse apart with some exceptions, like logistics, which has boomed.

Just this week we've seen Cineworld announce that it's shutting its cinemas until next year, which was fairly inevitable given the film studio's decision to hold back the release of the new James Bond film. This too is understandable in the circumstances which I've witnessed myself when going to the opening weekend of the summer's only blockbuster 'Tenet'. Usually it's difficult to even book seats, but at peak time on the opening Saturday the cinema was barely a third full. That kind of knock on effect goes beyond the headlines though, as I discussed recently with a good friend who is CEO of a successful digital agency whose key sector is cinema, they've seen monthly revenues fall from over £300,000 to just £15,000.

Any service sector business is inevitably reliant on its customers, at bd2 we have a deliberately diverse client base which has helped us ride the storm reasonably well thus far, but we have seen differing levels of impact on our clients. Prestigious jewelry retailer Boodles, for example, put everything on hold as they had to shut their stores, but have since reopened and thankfully recommenced the projects we were working on. Other businesses have had to adapt their business model to meet the changing situation and we've been able to help some of these with new digital initiatives.

One of our biggest and most longstanding clients is The Senator Group, the UK's largest office furniture manufacturer, who we've worked with for over 15 years. When lockdown started, they initially seemed quite positive as they're a very stable and secure business with revenues of over £170M and a huge customer base including some of the world's biggest businesses including Google, Jaguar Landrover, RBS and Virgin to name but a few. They also had a bulging order book, but then, as the offices of these customers shut down with plans to reopen them constantly being pushed back, they saw orders deferred or cancelled and quickly recognised that they had to adapt as a business. This led to some quick wins, such as manufacturing screens to protect desk spaces, and then to supply staff working from home with appropriate and ergonomically designed furniture to make sure they can sit comfortably while working rather than being propped up at the kitchen table.

The situation has also led Senator to enter the consumer market, something that we've discussed as a possibility in the past, but they now had to enact upon very quickly. Senator developed an extensive collection of working from home products drawn from their Allermuir ranges under a new 'Allermuir Home' brand. Bd2 has built a full ecommerce solution from the ground up to allow them to go direct to market. Again, the site had to be designed, developed and launched very quickly, which we undertook with a complete build in Umbraco whilst Senator worked on all new product photography and content creation. The solution has been received very favourably both by the client, who have kindly described it as exceptional, and by new users. 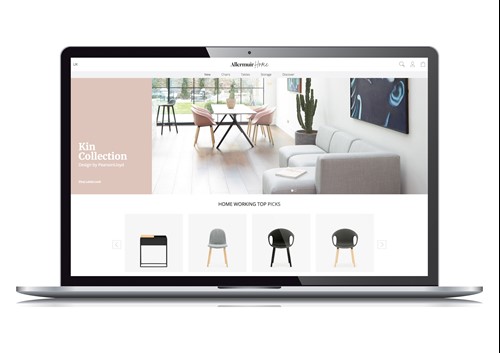 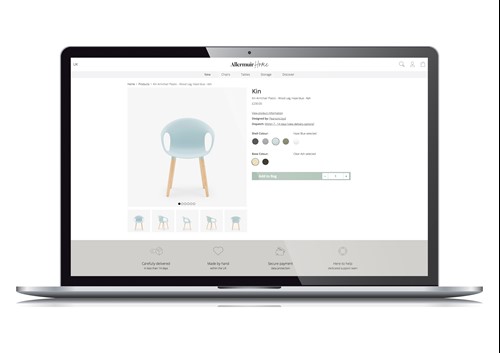 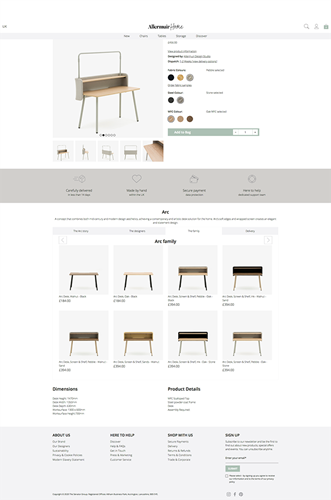 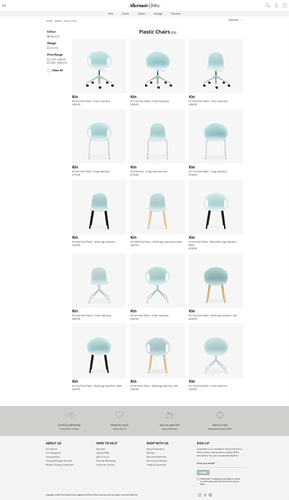 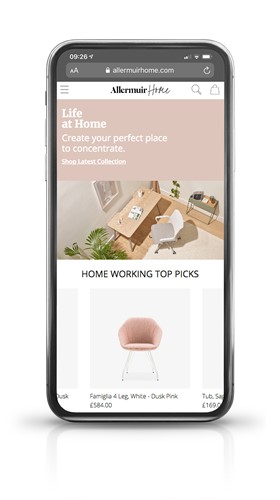 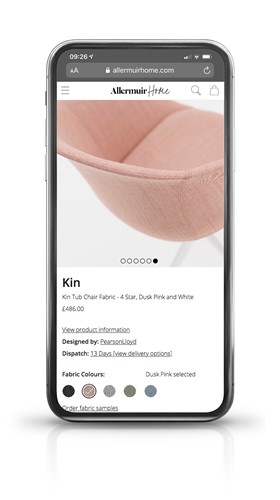 It's a great example of adapting to a difficult situation with some positive, lateral thinking and of turning a problem into an opportunity by using digital.